A group of 15 people from five countries set out to re-create Tolkien’s world with Lego bricks, and one man had the intense challenge of building Barad-dûr. This is how he did it. 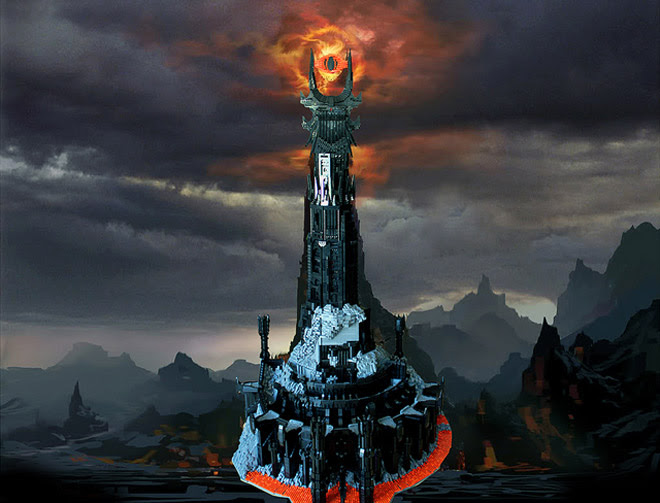 'I can’t exactly tell you how many parts are in the model, but I ordered about 25,000, and the same amount of parts came from my own stock,” Kevin Walter told Ars Technica. “My final guess is more than 50,000.”
I first saw the images of his Lego model of Barad-dûr when another member of the staff posted images while we talked about stories we were working on. It’s a huge construction, and without detailed source material to build from, the creator had to go by eye as well as trial and error. Walter began work on the model in late 2010, and the actual construction took around two and a half months. Unlike other Lego builders who use computer programs to plan their creations, Walter just relied on images of a Weta collectible model of the tower.
“I tried to capture as many details of it as possible, under the conditions of parts — form and size, and I’m confident of the result,” he said. Each of the eight panels that make up the upper tower is unique, and he says he spent a lot of time working on the craggy shape of the foundation to give the structure the appearance of floating on its base. 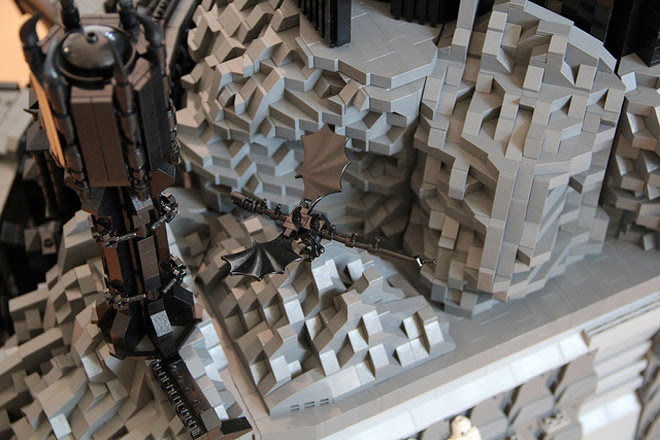 The tower was actually part of a larger effort between 15 people from five different countries, all for a community website where people share their Lego creations. You can see the other models on the project’s page.
Walter was happy with his choice to create the Barad-dûr. “I liked the tower since I saw Lord of the Rings the first time and it was an instant point on my to-do list for the future, but our collaboration gave me the chance to build it earlier, bigger than I would have built it for my own, and set it into a greater context than just building it and share it with the community.”
He showed the model at Brickworld 2011 and won a judges award … after spending two days and nights repairing the damage done to the finished model during shipping from Germany. His plans for the model? He’s going to dismantle it. Lego bricks are expensive, and right now the majority of his stock is locked into this one design.